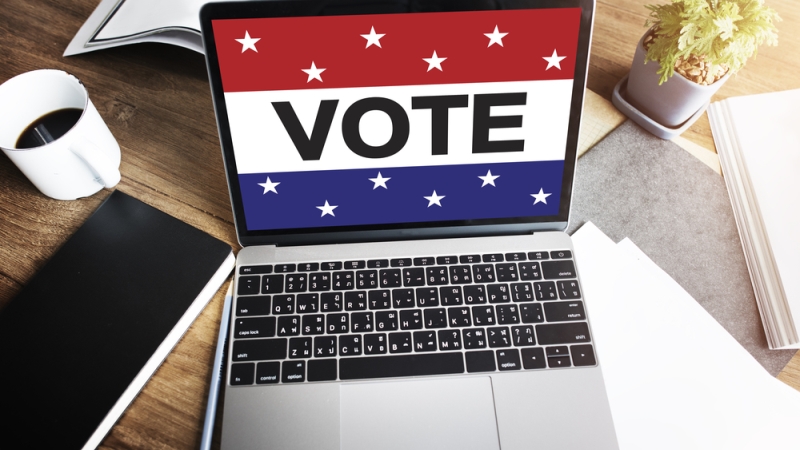 While voting is a core civic duty, many citizens choose note to vote. While some may be apathetic to the election process, others are choosing not to vote because of bureaucratic obstacles. Voters can struggle to find transportation to polling places or be unable to get time off of work to vote. However, advances in voting technology can make it easier for everyone to vote.

States across the country are using innovative voting technologies to improve access, shorten wait times, and enable easier reporting of results. Election officials from all states should take a look at what technologies are being used elsewhere in the country to see if their state would benefit.

With its numerous rural voters, Alaska rolled out an online voting system in 2012. Open to all voters in Alaska, the online system allows voters to cast their ballot through a secure portal. The state provides a training video to help explain the process. Voters are required to register to vote online beginning 15 days before Election Day.

While online voting is particularly beneficial in states with large rural populations, it could also be helpful for the elderly, homebound, or in states with limited public transportation options.

“Voters can now text the word VOTE to a designated phone number to receive their ballot QR code, then scan the code from their phone at any designated polling place, cast their vote and they’re done,” Rayleen Richards, County Elections Director, explained to the Arizona Journal.

This technology could help in states where polling places are overcrowded. By allowing voters to vote somewhere less crowded, people may actually make it to the voting booth, rather than heading home when they see the line. If this technology could go statewide, it might help citizens that live in one part of the state but work in another.

Voters in California will be able to cast their vote via secure touch-screen technology. Unlike previous touch-screen voting technology, California make it a bit old-school. After filling in the ballot on a touch screen, voters print out their ballot to review it and then submit the paper ballot.

The printing step is important, because, as the L.A. Times explains, “Earlier touch-screen voting systems raised security concerns in some quarters, because the votes were transmitted electronically, in some cases without a paper record, leaving them potentially vulnerable to tampering by hackers.” However, by reviewing the ballot in paper form and submitting a hard copy, the risk of hackers altering the vote becomes nil. So, voters get the use of touch screen and the peace of mind their vote will be counted accurately.

Beginning with the 2016 caucus, Iowa has been using the Microsoft cloud to assist caucus chairpersons in reporting results. Caucus nights can be busy and confusing; however, using secure smartphones and tablet apps makes it easier for party leadership to report results quickly and accurately.

“Under the new system, each Iowa political party will have their own app available on all mobile and PC platforms, which will support the party’s unique caucus voting process. The reporting apps may be used in every precinct in Iowa by both parties. The results will be securely stored and managed in Microsoft’s Azure cloud computing platform,” Microsoft said in a press release.

It’s likely that more and more states will adopt the cloud for their presidential primaries, especially with increasing media coverage and a demand for up-to-the-minute results.

“One thing that is does is you can swipe your ID and it will bring up that person,” Mandy Ness, assistant elections administrator, explained to KIMT TV 3. “There’s no, I don’t want to say voter fraud, but mistakenly getting the wrong person or signing on the wrong line. With paper rosters, what we do after the election, we have to go through those page by page and we have to scan each one in that has a signature by it.”

The electronic poll books will not only speed up voter check-in for the voter, but will also make the verification step for election officials far more efficient.