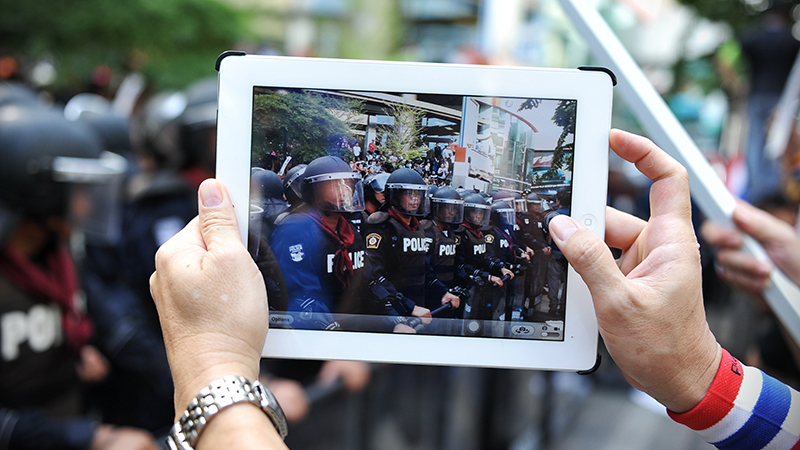 Geofeedia claimed to provide this data to 500 law enforcement and public safety clients.

“Social media monitoring is spreading fast and is a powerful example of surveillance technology that can disproportionately impact communities of color,” said Matt Cagle,technology & civil liberties policy attorney at the ACLU of Northern California. “Using Geofeedia’s analytics and search capabilities and following the recommendations in their marketing materials, law enforcement in places like Oakland, Denver, and Seattle could easily target neighborhoods where people of color live, monitor hashtags used by activists and allies, or target activist groups as ‘overt threats.’ ”

The chief executive officer of Geofeedia has agreed to meet with the ACLU.

“We will see what he has to say for himself,” Cagle said.

The ACLU recommended that social media sites adopt policies that keep them from providing data to law enforcement that could be used for surveillance purposes; policies that are clear, public, and transparent; and consequences if these policies are broken.

“The government should not have preferred access to social media speech for surveillance purposes,” Cagle said. “We are confident the companies agree.”