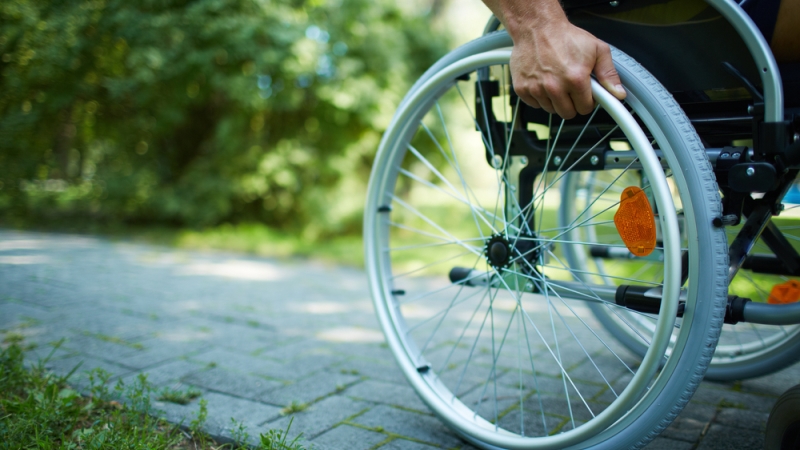 Millions of people use Google Maps to find the route with the least traffic. A computer science professor at the University of Maryland (UMD) is trying to build an app that does the same thing for people with disabilities.

Jon Froehlich, assistant professor of computer science at UMD, is working with a team of graduate students on Project Sidewalk, an online tool through which users can view their Washington, D.C., neighborhoods with Google Street View and label areas that may be inaccessible to those with impaired mobility. They can point out which sidewalks have ramps or uneven pavement and which paths are too narrow to accommodate a wheelchair. Froehlich’s team stores this data on a server and trains machine learning algorithms to automatically identify new accessibility problems as they arise.

Froehlich said Project Sidewalk is in the process of accumulating big data and the end goal is to create an app for people to download on their phones and find routes that are the most traversable. He said the tool could benefit many more people in addition to those with disabilities.

“We think there’s going to be a real impact for travelers, as well as local governments who are trying to triage and prioritize where to invest accessibility improvements,” Froehlich said.

Froehlich came up for the idea of Project Sidewalk when he was earning his graduate degree at the University of Washington. He compared computer science professorships to startups in that young instructors have to pitch ideas for projects and sites. Froehlich’s pitch earned him $1.2 million in funding from the National Science Foundation. Since then, Google and IBM have also contributed funding.

As of now, Project Sidewalk’s website indicates that 153 people have contributed to make 260.84 miles (25 percent) of Washington, D.C., accessible. Froehlich stated that his goal is for more people with disabilities to contribute to the data set, in addition to people who are interested in geographic information systems (GIS). He said that people with disabilities can help each other map the most traversable areas of the city.

“The way for this to succeed is to tap into care networks–friends, family members, nurses of people with mobility impairments and those with impairments themselves–people who intrinsically care about and have been affected by accessibility problems,” Froehlich said. “There are a lot of GIS geeks in D.C., but if you yourself are impacted by a mobility impairment, we help empower you to map the accessibility of your city. Throughout our design process, we have involved people with different mobility levels and types of disabilities.”