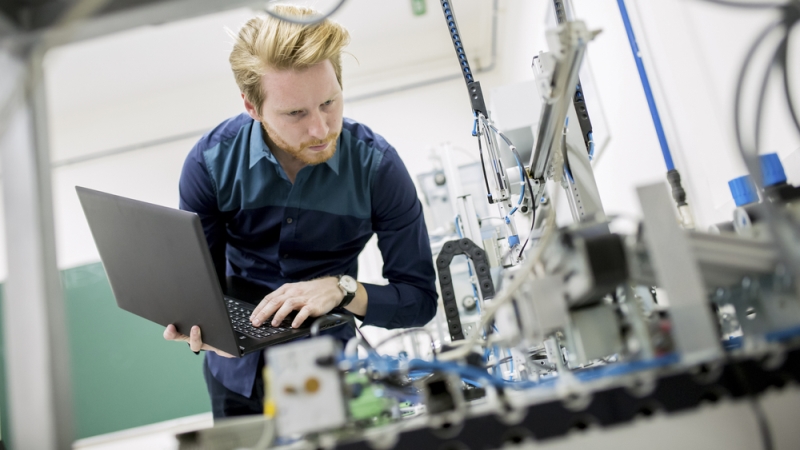 The government and private industry should be doing more to prepare the American workforce for a technology-based future, according to panelists at an Information Technology and Innovation Foundation (ITIF) event on Wednesday in Philadelphia during the Democratic National Convention.

“[Politicians] are going to have to be developing policies in their local areas to permit a lot of the fruits of new technology,” said Rosabeth Moss Kanter, Ernest L. Arbuckle Professor of Business Administration at the Harvard Business School.

Many of those policies have to do with preparing for jobs that increasingly require technological experience, such as building infrastructure.

“Those jobs don’t necessarily require STEM skills, but they should and they will as technology is increasingly embedded in our infrastructure,” Kanter said. “They see artificial intelligence, robots, technology, taking their jobs and even if it makes it possible to manufacture in the U.S., which is so critical, people often see that it won’t be done with people, it’ll be done with technology, so we have to do a better job of explaining the relevance. Not only to members of Congress, but also to local and state officials.”

“I don’t think robots are necessarily going to be replacing people in jobs,” cautioned Terrell McSweeny, commissioner at the Federal Trade Commission. Instead, she and others said that previously blue collar jobs like manufacturing would require greater science, technology, engineering and math experience.

“Those jobs are coming back to the United States, but they’re technology-heavy jobs and they require a higher level of skill. They require, in many cases, coding,” said Sen. Chris Coons, D-Del. He used a Delaware business, Dogfish Head, as an example of that change.

“I thought maybe there’d be 100 people working,” Coons said of his visit to the brewery’s new manufacturing warehouse. “There’s 12 people working on that manufacturing line and a whole lot of robots. But every one of those 12 people has a good, solid, high-paying job, they’re all from the local community, they’re servicing and tweaking and making sure that these robots and packing materials are running extremely well.”

Many of the panelists agreed that changes in education policy were essential for creating a technologically capable job force.

“We really need the government’s help to address the need for STEM education in our schools. That’s critical,” said David Zapolsky, senior vice president and general counsel at Amazon.

“We’re only as good as the people we hire,” said Brad Smith, president and chief legal officer at Microsoft. “We need to hire more people in the United States with the right skills. That means more people who can code, who know computational thinking, who understand computer science.”

Smith said that this was a particularly important problem, as both technology-based and non-technology based companies are looking for people with a STEM skill set.

“We are behind as a country; we’re falling farther behind, I’d argue, when you look at, say, what the United Kingdom is doing in getting computer science into every classroom, every grade, in every school,” Smith continued. “We need help from Congress. We need Federal support to help train teachers to train students to learn these subjects.”

Rep. Derek Kilmer, D-Wash., described how that educational improvement would have to include increased connectivity to high-speed Internet. Part of his district includes a Native American tribe, whose members told him that though their students were doing very well, new state regulations for online testing were near impossible with the school’s slow Internet.

“It took a minute and 44 seconds to get to the next page [of the test],” Kilmer said, adding that the students would have to be bused to a location two hours away to take their exam. “That becomes in issue of access to justice, to educational justice, and economic justice.”

“In the United States we have a real connectivity gap,” agreed Erin Egan, vice president of U.S. Public Policy and chief privacy officer at Facebook. “There’s a big difference between the state of Washington and Mississippi in connectivity. And we need to be doing more in the United States so that people can have those benefits that we talked about from Internet access.”