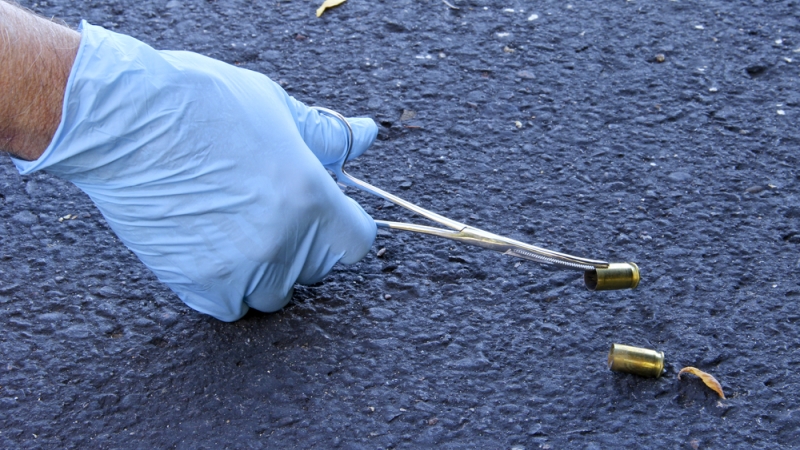 The Federally funded IBIS equipment examines the unique characteristics of shell casings and compares the casings to others stored in the national database.

“This is one more important piece of technology that allows us to put together airtight cases on the thugs that should be in jail,” Peoria County Sheriff Mike McCoy said to the Peoria Journal Star.

To use the new equipment, trained lab officers place the shell casing inside of the machine. The machine then takes high-definition scans of the casing to capture all unique markings. For background, much like fingerprints, each gun leaves unique markings on shell casings that pass through its chamber. The digital images, both 2-D and 3-D, are then sent to the Bureau of Alcohol, Tobacco, Firearms and Explosives headquarters in Washington, D.C.

Then, the top 100 potential matches are sent to another ATF location in Alabama, where a more in-depth analysis of the cases is performed. It’s in Alabama where any matches to guns in the National Integrated Ballistic Information Network are determined. In a matter of days, police have a full report in their hands letting them know if the gun has been used in any other crimes logged into the system.

“The value is that let’s say we don’t have suspect information on the shell casing we found in the middle of a street but maybe there’s a shooting where we have a suspect or another shots fired where there is suspect identifiable. So now we tie those two together, start making a case,” Peoria Police Chief Jerry Mitchell told Peoria Public Radio.

Since launching in Peoria in August, the IBIS machine has been used 35 times and has yielded between six and eight hits, Mitchell told the Peoria Journal Star.

“It’s been a good start for us. It’s going to be a valuable tool moving forward to be able to tie in and make the correlation between case A and case B. Prior to this machine we did not have this ability,” Mitchell said.

Sen. Mark Kirk, R-Ill., who helped bring the technology to Peoria with Department of Justice funds, got to see IBIS in action last week.

Prior to the IBIS machine, the process of matching shell casings to a gun would have taken much longer–a significant problem when trying to solve a crime involving a deadly weapon. Before, shell casings would have been sent to the state crime lab in Morton, Ill. Police would have had to wait months for test results due to the high volume the state lab handles. However, should these shell casings lead to an arrest or indictment, the state lab will still analyze and verify IBIS’ findings.