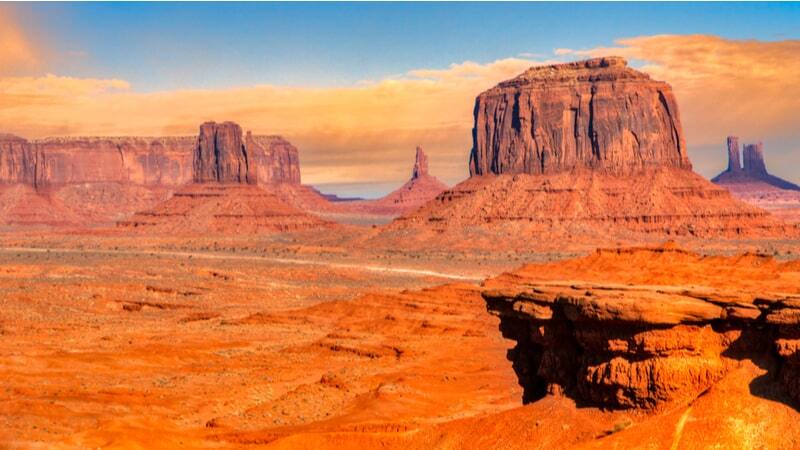 Navajo Nation President Jonathan Nez told members of the House Energy and Commerce Committee July 8 that most of the nation’s residents lacked fixed access broadband service, and proposed the construction of a Navajo Nation-owned broadband network to provide fiber infrastructure as the middle-mile backbone to increase service availability.

“Today’s hearing is long overdue,” said Rep. Frank Pallone, Jr., D-N.J., the chairman of the committee, in his opening remarks. “This pandemic has driven home how internet connectivity is essential for everyone.”

Navajo Nation is nestled in between four mountains, sacred to the Diné – or Navajo – people, and stretches 27,000 square-miles across Arizona, New Mexico, and Utah. The sovereign nation is roughly the size of West Virginia and has over 300,000 members.

Sixty percent of the Navajo Nation’s residents lack fixed internet access, said Nez, citing figures from the Navajo Tribal Utility Authority in his prepared testimony. Nez said over half of the nation’s 110 Chapter Houses – which are similar in function to counties’ municipal buildings – lack any broadband access.

“The most sustainable, cost-effective solution is to construct a Navajo Nation-owned Broadband Network which provides fiber as middle-mile backbone throughout the Navajo Nation, and fixed or other wireless solutions to deliver last-mile services to businesses and residences,” Nez said. He added that preliminary estimates suggest costs for the network might exceed $300 million.

In addition to financing hurdles, a number of Federal rules and regulations inhibit Navajo Nation’s ability to build the infrastructure necessary for the project, Nez said. The Federal government holds Navajo land in trust, and other lands are managed by the U.S. Forest Service, Bureau of Land Management, and National Park Service.

“Existing federal laws and regulations stymies and complicates the Navajo Nation’s ability to efficiently start and complete critical infrastructure projects,” said Nez. He recommended streamlining Federal rules and regulation to allow the nation to deploy towers and communications equipment on the Nation lands.

Rep. Pallone made it clear that the Navajo Nation is not the only one of the 574 Federally recognized tribes struggling with internet access.

“Two-thirds of people living on rural tribal lands have no internet connectivity,” he said. “This is a disgrace.”

Pallone said the Moving Forward Act, a bill introduced in the House last month, would provide $80 billion for broadband deployment projects, and includes a preference for projects that bring broadband to rural areas and tribal lands.

“To sustain the Navajo Nation, high-speed broadband is critical,” said Nez, listing it as a critical need along with power and water. Asserting the inherent sovereignty of the nation, Nez referenced the treaty entered into between the U.S. Government and Navajo over a century ago, and signed by Gen. William Tecumseh Sherman, of Civil War fame.

Calling the treaty “a living document,” Nez said, “we trust that the U.S. Government will not abandon its promises but make every effort to uphold and make good on the promises that were made.”