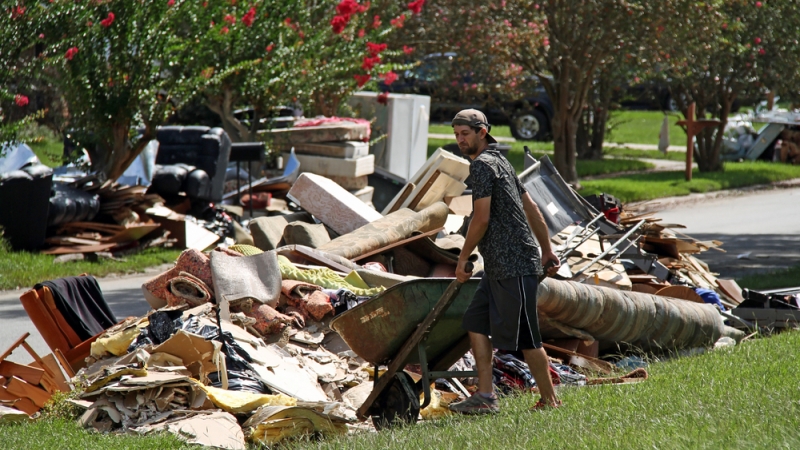 A resident cleans up Aug. 20 after the floods in Baton Rouge. (Photo: Shutterstock)

The Baton Rouge Department of Information Services on Aug. 19 created an interactive map to track damage as the Louisiana city dealt with disastrous flooding. Within hours, 10,000 people, including rescue teams, had used the map.

Baton Rouge began flooding on Aug. 12. Warren Kron, GIS manager of the department,  met with the mayor and the governor to discuss the mapping needed to provide aid on Aug. 14. Kron said that they initially underestimated the severity of the flooding; he said some of his relatives in the city compared the deluge to a tsunami.

Kron and his team continually maintained the layers of the map as people contributed information. However, the GIS map was not the only tool Kron and his team created to help assess damage. The fire department specifically asked Kron to print off physical maps for them that displayed inundation levels. These paper maps ended up saving a life. Using Kron’s old-fashioned prints, the fire department found an elderly woman who had been trapped without water for three days.

“They were so thankful they made me an honorary fireman,” Kron said. “The guy saved a life. The map didn’t. But he used the map. Paper maps still have a purpose.”

Baton Rouge’s flood was not the first time Kron has used Esri’s tools. He said he has been using Esri for the past 2½ years. Before the recent flood, he and his team used Esri to create a map on road closures during a less severe flood in March.

In addition to offering GIS tools to those in Baton Rouge, Esri offered physical support teams. Chris McIntosh, Esri’s Industry Manager for Disaster and Emergency Management, said that Esri sent a team of six subject matter experts to offer technical support to the state and local entities in Louisiana during the flood. Three members of the team are still there.

McIntosh, who previously served as chief of operations for the Virginia Department of Emergency Management, said the goal is to equip local response teams with the tools they need and teach them how to use such tools in the future.

“It’s hard to find the type of person who knows technology intimately but also knows emergency response work. Those are the kind of people we have on this team,” McIntosh said. “Our goal is to never have to come back to a place. We don’t want to come back. When we’re there, we’re teaching and showing.”