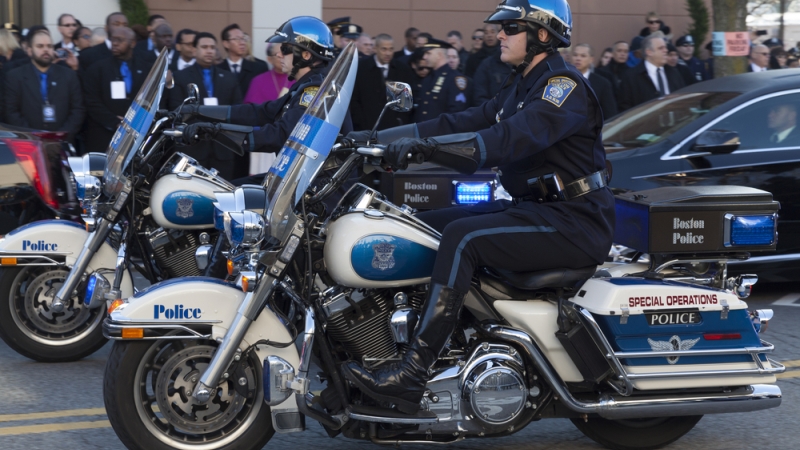 Police around the country are turning to technology to fight crime and the Boston Police Department (BPD) is no different.

The BPD is considering purchasing social media scanning software. The technology will scan blogs, chat rooms, websites, and social media platforms for criminal activity and threats to public safety. The software would provide the BPD the address of where the potentially worrisome content was posted. Police would then be able to create a “geo-fence” and could receive alerts when new posts where made in that area that met specific search criteria.

While Boston Mayor Martin J. Walsh said through a spokesperson that he supports the BPD’s plan to monitor social media and the Internet for public safety threats, civil liberties groups say the software is a threat to free speech and privacy.

The technology being considered by the BPD is in use at other police departments nationwide. When using the software, the law enforcement officials will be able to mask their identities by creating virtual identities. The department expects to select a vendor by Dec. 5, and has a budget of $1.4 million for the project.

“The technology will be used in accordance to strict policies and procedures and within the parameters of state and Federal laws,” police spokesman Lt. Det. Michael McCarthy said in a statement. “The information looked at is only what is already publicly available.”

As with the secret aerial surveillance program discovered in Baltimore earlier this year, civil liberties watchdogs raise concerns about the transparency of the program.

“The Boston Police Department did not go through any process to get feedback from the public,” Kade Crockford, director of the Technology for Liberty Program at the American Civil Liberties Union of Massachusetts, told The Boston Globe. Crockford laments that the BPD did not ask “whether we want our tax dollars spent on something like this.”

The BPD statement noted, “in keeping with the BPD’s longstanding commitment to community policing and transparency, privacy rights and crime prevention will receive equal consideration as the BPD explores the pros and cons of adopting such a program.”

In addition to calls for transparency, civil liberties groups have also raised concerns that the technology could be used in a discriminatory manner. New policing technology has already come under fire this year for engaging in racial profiling, so the concern is in line with ongoing discussions of increasing the amount of technology being used in today’s police forces.

“Bottom line is that the way this type of technology is used could have a disproportionate impact on individuals of color,” Ivan Espinoza-Madrigal, executive director of the Lawyers’ Committee for Civil Rights, told the Boston Herald. He cited a recent Supreme Judicial Court decision that found individuals of color are “repeatedly targeted” by the Boston Police Department.

“This is a very real threat that has been recognized by the court,” Espinoza-Madrigal said.

Boston City councilors weighed in on the issue.

“We need to have a sense of who is being monitored–what the criteria are for looking at someone’s social media statements, and potentially tracking them and monitoring them over time–to be able to know that this is not being used in a discriminatory manner,” City Council President Michelle Wu said.

Additionally, City Councilor Anissa Essaibi-George said police “have to be careful to not wrongly accuse kids just because of who their associates are.”

She added, “I think that we need to also be aware of the reality of not giving away the tools that Boston police are using to make sure that we are a safe city.”