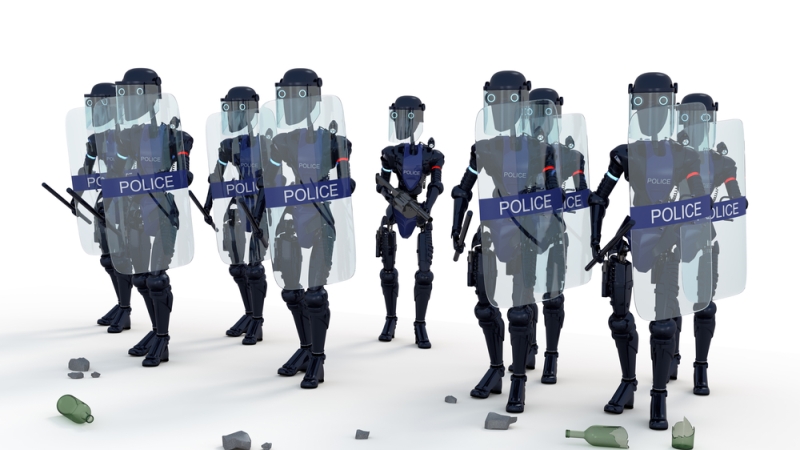 As policing methods come increasingly under fire by the public, cities across the country are looking to digital methods to improve outcomes and bolster public trust. By 2030, the typical North American city will rely heavily on Artificial Intelligence (AI) technologies for public safety and security, according to a recent report from Stanford University.

While AI technologies are already being deployed in cities across the country, use of AI will rise as the technology becomes more reliable and affordable.

While concerns about increasing technology are important and require careful consideration, AI opens the door to more targeted and successful policing. With advanced technology, police can better stretch limited resources. Additionally, as the report highlights, AI may help remove some of the bias inherent in human decision-making–which has caused numerous police departments across the country bad press and increased public scrutiny.

The report also highlights the usefulness of well-placed security cameras, though the report does mention that cameras tend to be more helpful in solving crimes, rather than preventing them. This is due to current technology’s inability to identify events as they are happening, as well as lack of resources to watch massive video streams.

“As AI for this domain improves, it will better assist crime prevention and prosecution through greater accuracy of event classification and efficient automatic processing of video to detect anomalies–including, potentially, evidence of police malpractice.”

However, as cameras and other recording technologies become more useful and efficient, the presence of cameras is likely to increase. This raises concerns for privacy advocates. While the technologies might be useful in solving or preventing crimes, many are concerned that too much recording violates Americans’ right to privacy and creates a “Big Brother,” Panopticon-style government.

In addition to helping solve and prevent crimes, AI can assist police forces in training new officers. Frequently the best way to train for something is on the job; however, this could be dangerous for a new officer. So, AI can be used to develop intelligent simulations, according to the report. This would give law enforcement officers the chance to try different methods and reactions to a simulation, without anyone getting hurt in the process.

The report also highlights an international application of AI.

“While international criminal organizations and terrorists from different countries are colluding, police forces from different countries still face difficulty in joining forces to fight them. Training international groups of law enforcement personnel to work as teams is very challenging. The European Union, through the Horizon 2020 program, currently supports such attempts in projects such as LAW-TRAIN. The next step will be to move from simulation to actual investigations by providing tools that support such collaborations.”

AI can also help police monitor cyber crime, as well as online chatter about other crimes. Law enforcement can use tools to scan Twitter and social media websites for certain types of events and language that might affect security. The report mentions that AI can help monitor social media events to prevent those at risk from being radicalized by ISIS or other violent groups.

While there are concerns about privacy infringement and government overreach, AI offers a whole new set of tools for law enforcement officials to help prevent and solve crime.