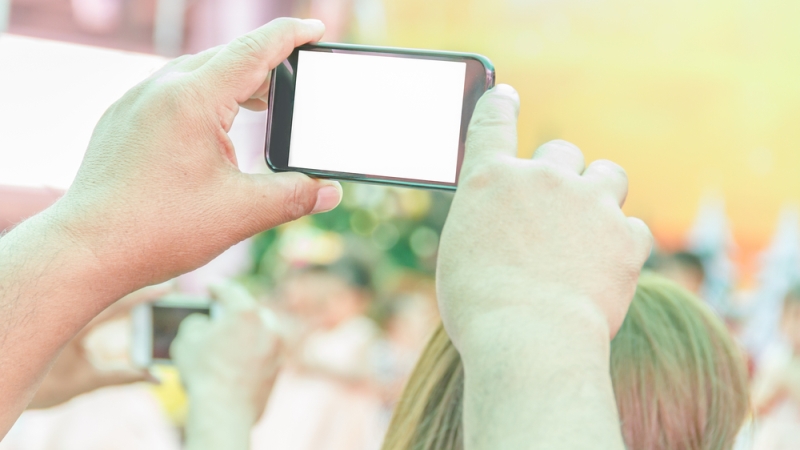 Safecaster, which is available for Apple iOS devices, can record video, transmit it live to a friend or family member, and display it on an Internet server. The app was created to increase transparency and make people feel safer when confronted by police.

“Like so many of you, we are watching current events with a mixture of utter disbelief and sadness,” Mark Slater, one of the co-creators of Safecaster, wrote in a blog post. “We feel completely helpless and frankly question the ability of our governmental frameworks to do anything meaningful about these events.”

The American Civil Liberties Union also has apps available by state called Mobile Justice, which is available in 18 states on both Apple and Android devices.  However, Mobile Justice doesn’t immediately send the video via text or email to a trusted person in the user’s contact list like Safecaster does.

Safecaster includes instructions on how to use the app, allows users to select whom they want to receive the videos they record, enables users to switch between the front and back cameras on their phones, and permits the phone to go into “ghost mode,” which keeps recording even though the phone is turned off.

The recordings on Safecaster can be sent to up to two people and the user has the ability to update the contacts that they want the videos sent to at any time.

In most states, Mobile Justice has four main functions. The record function allows users to capture interactions with police, the witness function sends an alert to community members when someone is stopped by police so that people can converge on the scene and document the situation, the report function gives the user the option to fill out an incident report to be sent to their local ACLU, and the know your rights function lists the actions that are protected by law in the user’s state.

In Missouri, the state where Michael Brown was killed by police in 2014, Mobile Justice was downloaded 2,500 times within the first seven months of its launch. In that time, the ACLU of Missouri received 571 videos and 118 reports, but none required immediate action.

“Mobile Justice can be an effective and empowering tool for Missourians who want to exercise their right to record the police,” said Sarah Rossi, director of advocacy and policy of the ACLU of Missouri.

Mississippi introduced the app in 2015 and it’s one of the states that allow users to immediately send footage of the events to the ACLU.

“Most smartphone users can now access this important tool to hold Mississippi law enforcement agencies accountable for their actions,” said Jennifer Riley-Collins, executive director of the ACLU of Mississippi.

The ACLU’s app also has different abilities depending on the state in which the user lives. In New Mexico, Mobile Justice can be used to record interactions with police or Border Patrol.

The rise in requests for transparency occur alongside other widely publicized shootings of unarmed black men, a scathing evaluation by the Justice Department of the Baltimore Police’s use of discriminatory practices, and mixed reviews of various police department’s body camera policies.

Citizens would rather rely on their own phones than assume that police officers’ body cameras are turned on and that the video will be available when a review of the footage is needed.